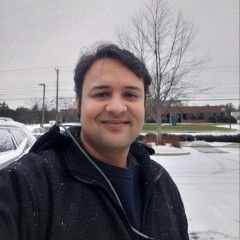 4 Ways of Building Products and Services

I've identified 4 ways of building products/services 1. Scratch your own itch 2. Follow what's already selling 3. Get pulled in by the market 4. Ask the market Here's how the 4 ways have worked out for me. 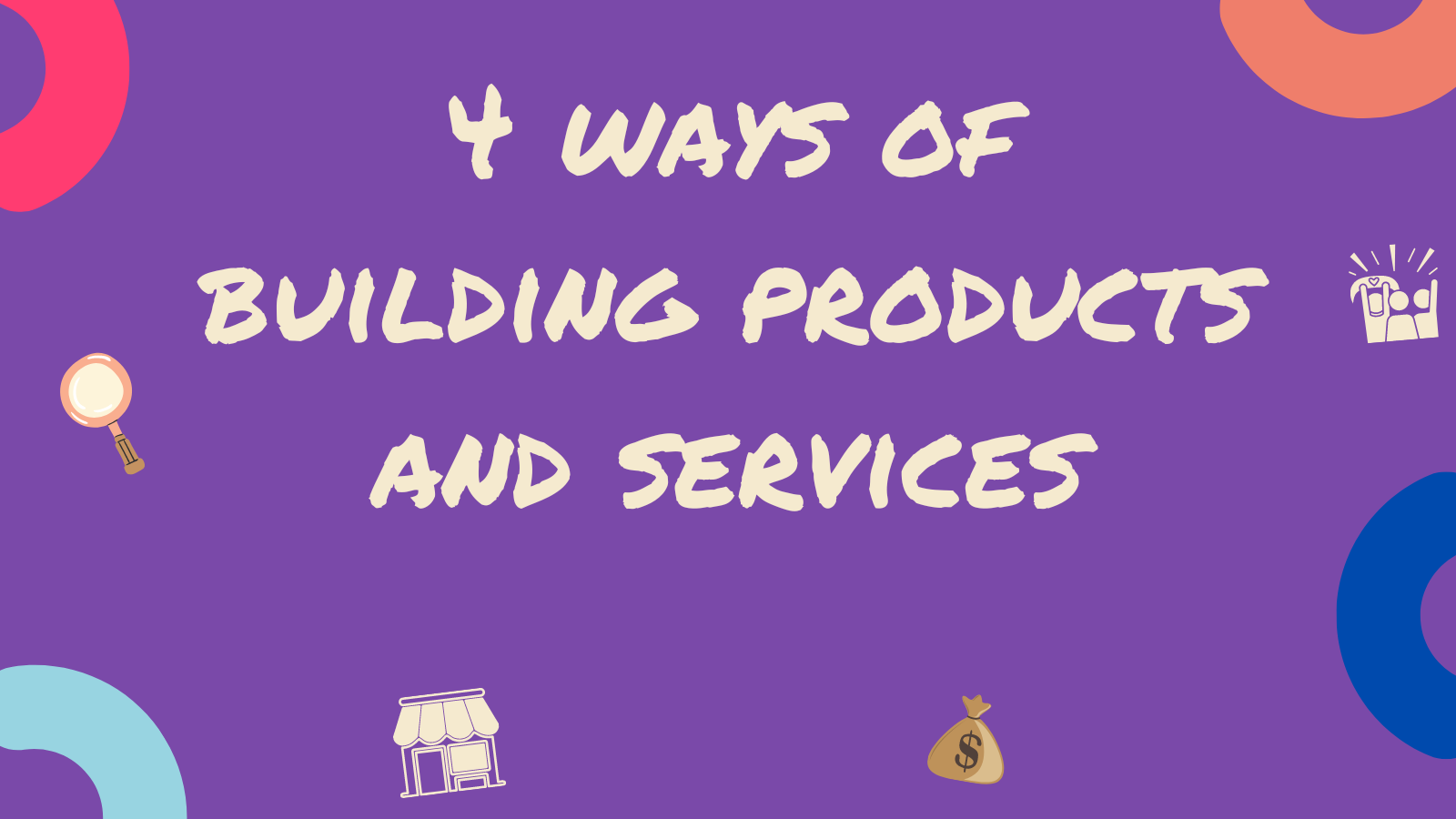 1. Scratch your own itch 2. Follow what's already selling 3. Get pulled in by the market 4. Ask the market Here's how the 4 ways have worked out for me. All projects made money - some more, some less. Let’s see the details

1. Scratch Your Own Itch

So back in March 2021 I knew nothing about building a business or a product.
I knew I wanted to make money online.
Didn't have any skills.
But I was a big fan of Atomic Habits.
And I was watching people on Twitter, sell info products via Gumroad.
I thought to myself:
I'm reading and writing about Atomic Habits so much.
Surely there's an info product here.
I had no market research.
I had no audience
I had no clue of what I was jumping into.
I was just scratching my own itch.
Built and launched in 7 days:

Made my 1st Dollar on the internet.
Completely opened my mind to the power of an online business.
Money wise?
Sales are spiky, but almost $700 over time.
Not bad I'd say.

So in April 2021, I wanted to build my 2nd product.
But I didn't know what it should be about.
I was new to Twitter, and there was a flood of Twitter courses and e-books.
I thought to myself:
I can write, people seem to buy Twitter books.
So I should write that.
But...
I had no credibility.
And I had no knowledge/results of my own.
So I researched the hell out of this thing.
I thought my research would compensate for the lack of credibility.
Wrote the best Twitter book I could.
In 30 days
And launched it.

Lukewarm at best.
The launch tweet got plenty of likes and support.
But overall sales weren't encouraging.
$467 over time.
Still, it was a great learning experience.
Got to know a lot about Twitter audience building during that time.

3. Get pulled in by the market

It was now obvious to me that scratching my own itch or following what's selling wasn't enough to build a "successful' product
I wasn't even sure what "success" meant
But it was clear that I needed to do more
So I had dropped the idea of building any more products
But...
I was still writing on Twitter every day.
Trying to build an audience.
That's when I got approached by someone to ghost write for them.
I found a whole new market of busy CEOs and domain experts looking for a Twitter presence.
Full story here:
This was the market pulling me in.
I had no idea I could even offer this service
But apparently I could.
First I found clients via DMs.
Then I officially launched.
And guess what.
I had a $997 client within 24 hours of launch:

Overall I've made $10K+ in the last 7-8 months of ghostwriting.
Not bad. But I know I'm still trading time for money. That's why I said no to a bunch of clients in April and put up a waitlist on TweetForMe page. And dedicated this quarter to building a product.

It was March 2022.
I got back to building a product after almost 10 months.
But I didn't want to work on something without any validation or credibility.
I thought I had a decent audience by now, so I could just ask them if they were interested
And people seemed to like it
I started getting sales
And I started working on the writing course after I already had $200 in sales
Crossed $500 dollars in the presale period itself
That felt good, especially with a modest size audience like mine.

It's an evergreen product. I will add updates to it and keep raising prices. Can also break it into many smaller products. Have many plans for it. Let's see..
Crossed $1000 recently. Not crazy good.. But alright I'd say.
The best part is, my lessons from each product or service add on to the next one.
As I launch more I realize what works, what doesn't. For the market as well as for me.
And I can iterate and improve with every subsequent launch. I have so many ideas
But...
Now I have a framework to evaluate each idea. I check which of the 4 categories does it falls into.
Am I equipped do it?
Am I energized by it?
If yes, then go ahead.
If not, then I pull the plug on them. Like I recently did with 2 ideas:
What are your frameworks for building products and services?
I would love to learn more.
And do let me know what you thought of this post?
I tweeted about it, let’s chat there:
Thank you for reading 🙏
Keep in touch with my journey as as a creator entrepreneur, sign up for The Indie Creator:
Cheers,
Ayush 🙏

How to start as a Creator-Entrepreneur 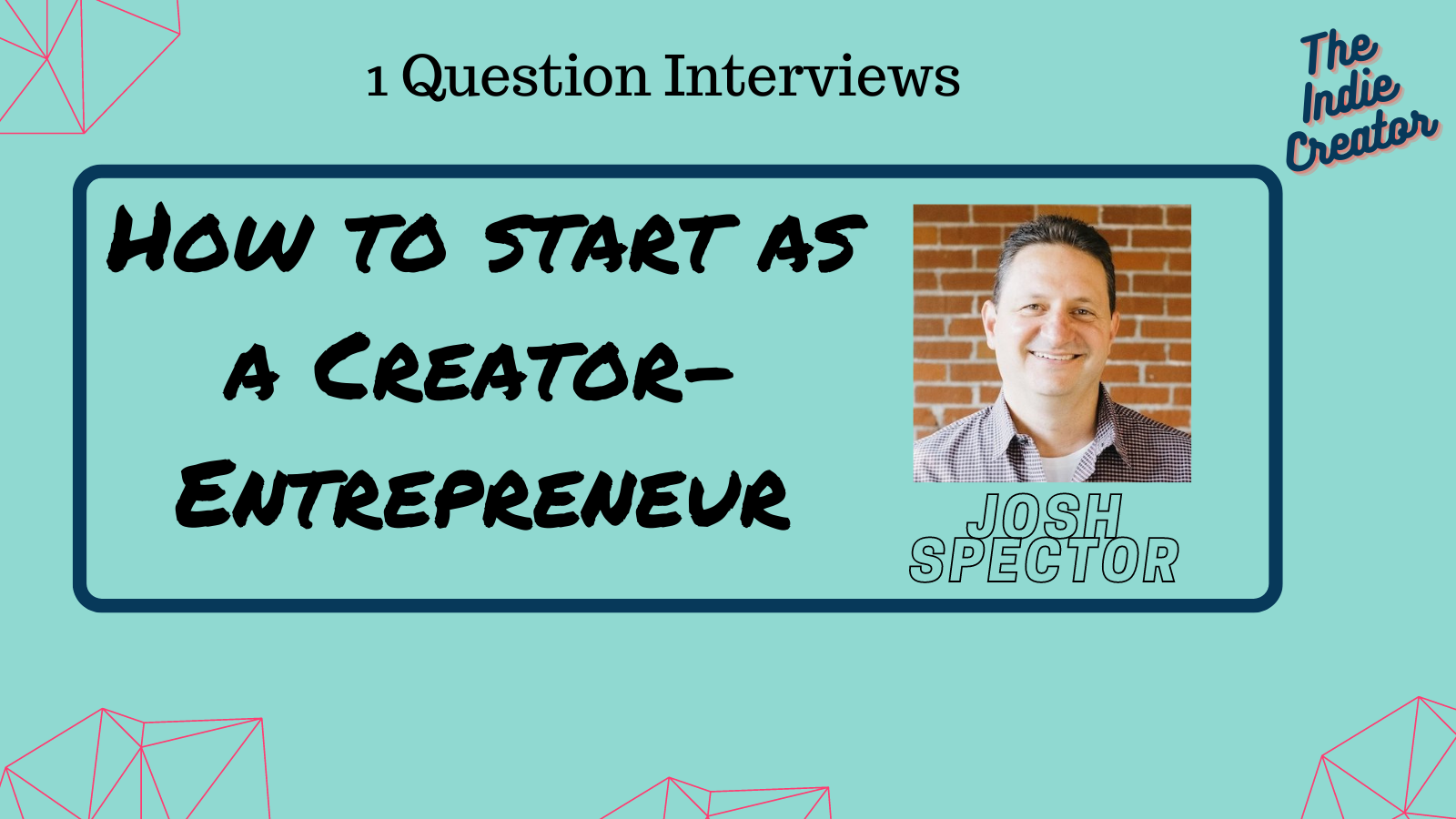 How to start as a Creator-Entrepreneur

How to create multiple revenue streams as a creator 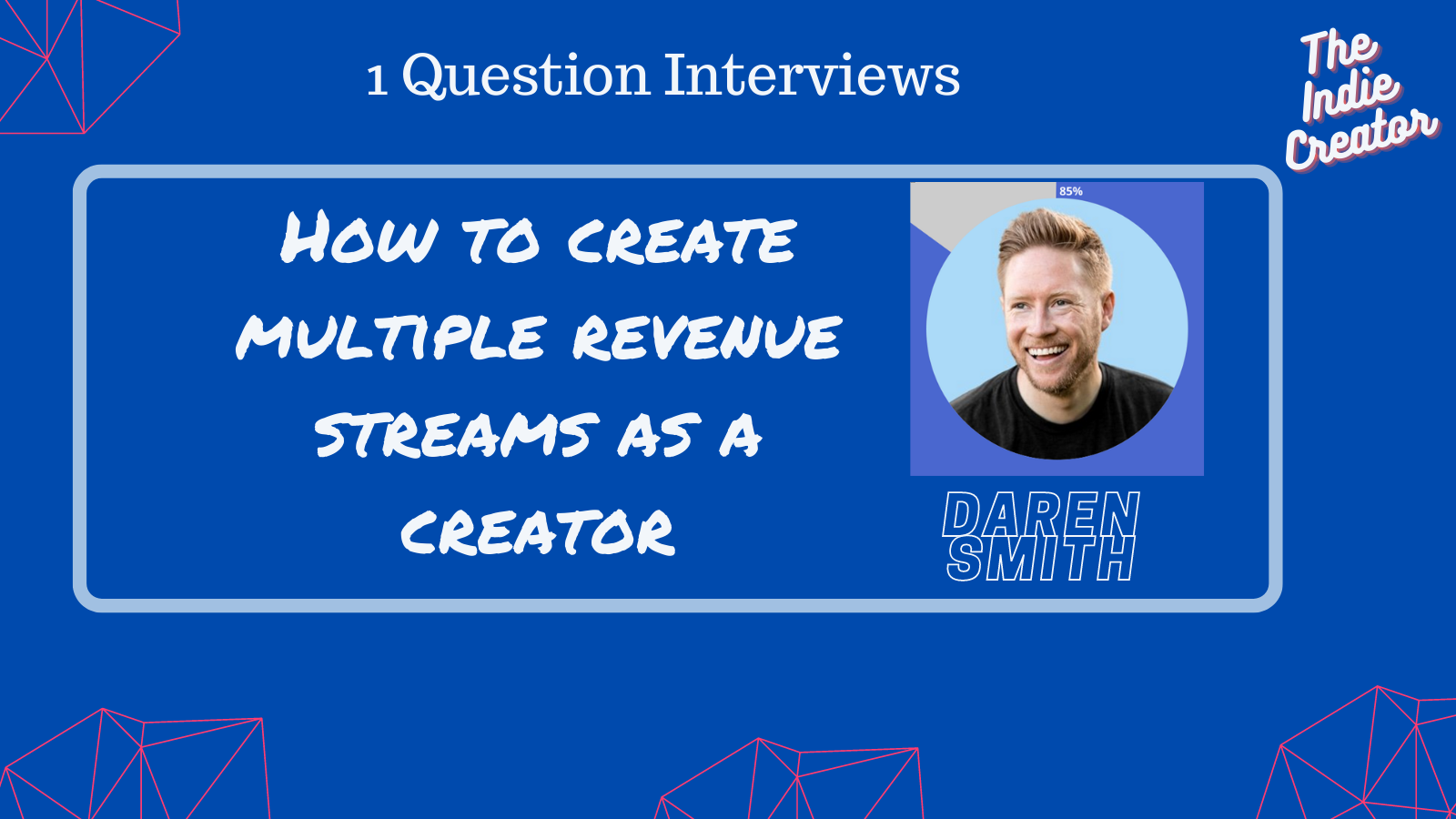 How to create multiple revenue streams as a creator